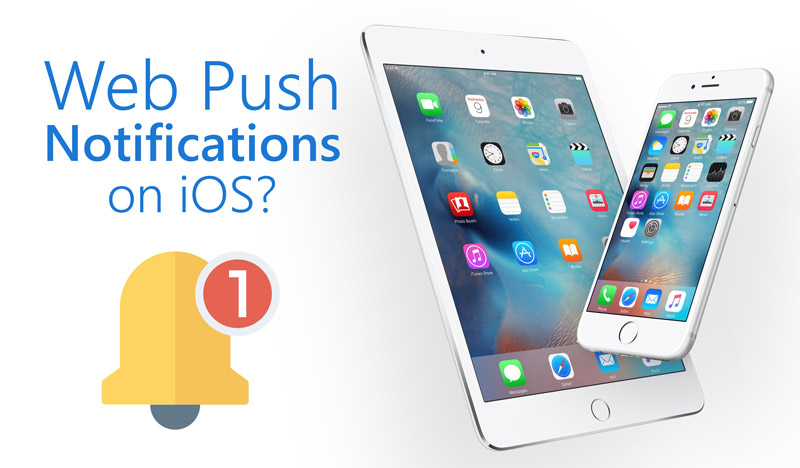 Web Push Notifications have changed the way websites communicate with their visitors. It has given them a real-time communication channel which was missing till now. Almost all platforms, browsers now support Web Push. Apart from the giant pink elephant in the room with a blue bowtie, Apple’s iOS. This is one of the most frequently asked questions we get. Whether Web Push notifications are supported on iOS (iPhone and iPad). Or when would they be available? The answer, for now, is an unequivocal NO.

Apple has now moved Service Worker for iOS status from ‘Under Consideration’ to being ‘Supported in Preview’. This is a major shift from the previous stance of the company and comes almost 2.5 years of Chrome supporting Service workers. Once the underlying architecture is in place, support for Web Push notifications on iOS would arrive swiftly. We will keep you informed on the latest developments about web push on iOS.

Everyone has been waiting for Apple to add iOS web push support ever since Google jumped on board with Chrome, back in April 2015. Strangely, Apple does support Web Push with Safari on the Mac but there’s no word on when it will be available for Safari on iOS. There are a few core components required to make Web Push notifications work. The most important of which is the Service Worker framework which needs to reside in the core-OS.

Apple keeps a very tight leash on developers. You are already required to register for the Apple Push Notification Service to send notifications to apps and Safari on Mac, which is quite a pain for cross-platform development. Even today there is no support for background services in iOS, which is what would be required for web push notifications to work on Safari on iOS.

Back in 2015, we had heard that the Webkit contributors were planning to add support for the standardized Service Worker API to the platform within a few years. It has been 2 years since then and the project has still remained under consideration. For now, Safari Web Push Notifications on iOS still seem like a pipe-dream until we hear something concrete from Apple.

Co-founder @InkWired, @PushAlertCo. Love to eat, read and code. Have developed a newfound interest in mobile technology and digital marketing.